So. Darker mornings. Bit colder. Sitting here on the train. The clouds are making funny shapes up there. There’s a couple of planes – could be taking people off to sunnier climes.
But no … I’m sitting on this train. Fluorescent bike man to my right doing his best to melt my eyeballs. People who clearly live in barns – you do know there’s a button to close the f**king doors too don’t you?
Yes of course your bag is a fare-paying passenger. Silly b***h!
And stop with the b****y sniffing!
Doing all this offline at the moment as there is no o2 signal here. No 2G, not even an o2 pigeon.
Jeez it’s been a long time since I posted on here. As soon as I leave the o2 darkside I’ll find a picture to post.  Darkside … now there was an amazing TV show. Garth Marenghi. I have the DVDs somewhere. You really should check it out. I think I’ll find you a picture soon. 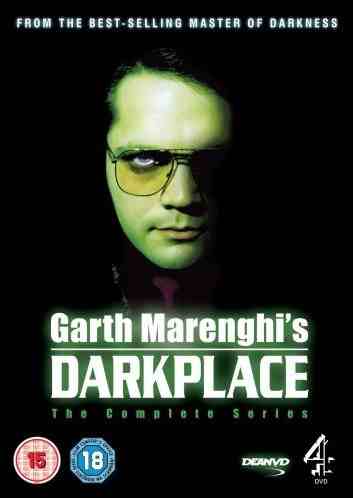 South Woodham Ferrers 🙂
Why can’t we have the ‘chicken legs’ upholstery on our trains Greater Anglia? Why do we get the green with assorted microbes or the dark green with random lines?
18 minutes this has taken now. Now 19 …
I think I have something else to do now.  Candy Crush!

Ok … now keep reading all the way to the bottom.

So what’s been happening?

I’ve done another 5km run today. Pretty much the same time as last week but with a slightly slower pace but less walking. I’m doing a run for Great Ormond Street in June this year. Feel free to sponsor me at http://www.justgiving.com/jamesjharrison1

Today is also the day we’ll be taking all three points from Old Trafford hopefully. Whatever happens it’s always a good game but who really wants Man Ure to win anyway?

Totally unlike me but here’s a serious part. Looking at another blog it just opens your eyes a bit. Go see http://gemmastephens.wordpress.com I don’t know much about how mental illness affects people. Probably more ignorance on my part as it’s not always something you can see. By reading this young lady’s blog you get a feel for how it does affect people. There’s also a girl I work with who suffers with something similar. I had no idea until we had a chat on Facebook the other night. What I’m trying to say is that there is help out there so don’t be afraid to ask; just as much as if you can see someone struggling with it . . please don’t ignore it. Hope you don’t mind me telling others about your blog Gemma.

So … what’s been happening?

Got a promotion at work … go me!

Greater Anglia appear to be able to run a half-decent service … go them!

Manchester United will undoubtedly get a third half in their game this weekend … which is fine as they’ll be getting no points!

You can work that out yourself!

So many doors seem to be opening right now. Damn it’s a good feeling 🙂

You need a door pic … 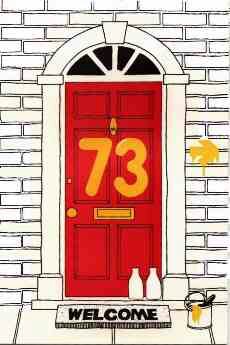 Soooo … Guess what day it is today? … wrong!

I have been on four trains today. Two DLR, two Greater Anglia. Two of them have been late. Both of the late trains belong to the same company. Can you guess which one?

And for today’s picture. Ta daaaaa! 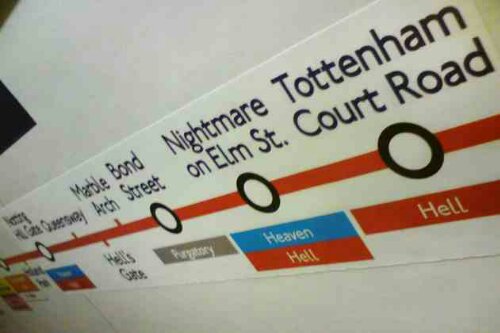 Oopsie! That’s not what your supporters have come to expect. Don’t get me wrong but I don’t even think your team are even trying to win. You just don’t seem to have the right team.

Anyway, enough of that. It’s Monday tomorrow and that means back to work 🙂 🙂 🙂

And remember … next time you get a bus sit downstairs! 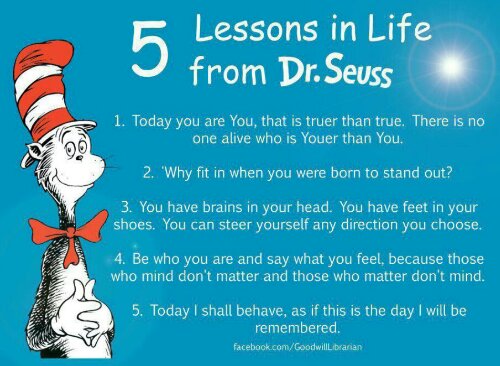 It’s Friday. I’m thinking shall I do a blog today?

I’ve had an amazing day! 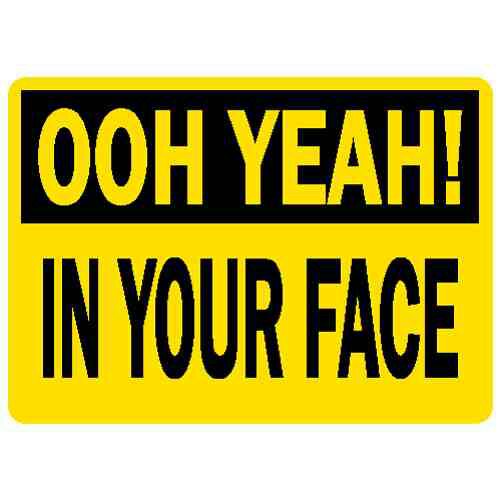 Quel surprise! No … Left one minute late. No real issue there.

Some tw*t has put one of those fold-up bikes right by the door. Seriously! You have a bike! You have wheels! You don’t need a train!

I’m going to start looking for today’s picture between stations.

There’s some guy sitting over there with a Doctor Who scarf on. Clown!

Had another really good day at work. I already love my job but lately it’s been better than that. Back to the train …

It’s dark outside. I think we’re coming up to Ilford. Ha! Right again!

Whoa there! Don’t waste that bogey. If you’re going to pick it then eat it – don’t throw it on the floor.

Putting the pic in now … 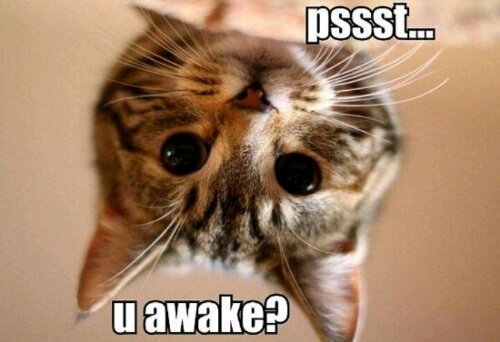 Just going past Romford dog track. Need to go back there. It’s been aaaaages!

Wonder if we’ll get to Wickford on time? Probably not lol

Time for another pic … 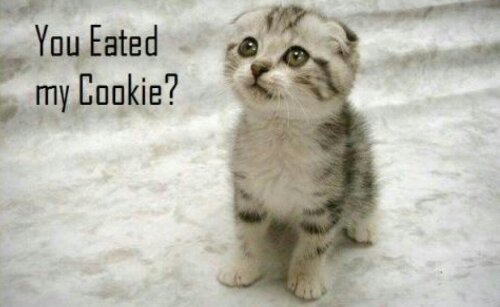 *waves to the M25 as he goes over it* Not once has it ever waved back. Miserable f**ker!

And now we approach Essex, land of Bas Vegas and previously Hollywoods, home of orange girls and white stilettos plus all the Sharons and Tracys. Now we’ll see if anyone is actually reading this …

Shenfield … the pub by the mini-roundabout, the Eagle on the main road, the walk between the two laden with saveloys and chips. I will be doing that again on the 31st.

Heading towards Billericay now … away from the webbed feet and six-fingered hands of North Essex, Suffolk and Norfolk. That’s gotta provoke a comment or two surely? Having said that we all know that Billericay is just a part of Basildon lol

I’ll probably post this when I get home. O2 seem think that it’s OK to plug 4G when most of my area doesn’t even get 2G. It really does irritate the f**k outta me lol

I think Doctor Who is falling asleep …

I’m standing in the way of the doors. I suggest the people of Wickford and South Woodham Ferrers are nice to me if they want to get off the train.

I could say what I wanted right now … none of you are reading this. If you are then add a comment to this post saying ‘Yoda stole my bowl of custard’. Just curious. Not really expecting a response.

Ok. We should leave Wickford at 1800. I have to say it does look promising 🙂

Day 4 of my 30 day challenge today. Let’s hope I don’t damage my knee any more!

1758 … Arrived at Wickford. Lots of freaky looking people getting on. I guess they must be locals!

Amazing … but we left a minute early. Slapped wrists Greater Anglia or whatever you’re calling yourselves today. I’m sure you’ll tell us your trains never leave early; I’m still in shock myself lol

Should get a seat in a few minutes when the Woodham massive oozes out of the train. Just in time to enter the o2 twilight zone. Cue the music …

I could publish this now and then update it later. Ok … If you insist!

Now entering the land of a thousand banjos. If you put your ear to the train floor you can hear them. Really you can!

Now the big question! Will the other train already be next to us at North Fambridge or will we have to wait? Duh duh duuuuuh!

If my wife is reading this can you text me and let me know what’s for dinner please? Thanks 🙂 x

The stitching is coming undone … bloody hell, the other train is there! … on my trousers. That’s not good lol

There’s a little pocket of o2 airspace coming up. Woohoo! The rest will have to wait til I’m on WiFi at home!

Sooooo we got held up a little at Burnham on Crouch. A passenger took a tumble on the platform and the driver got out to check they were ok. He then apologised for the delay and explained what happened. Just shows that great customer service is displayed by many Greater Anglia staff … just not the company overall.

Oops! Looks like this may have posted a few times. I’ll delete the extra ones as I poo …

Number of clownz to see my stuffz